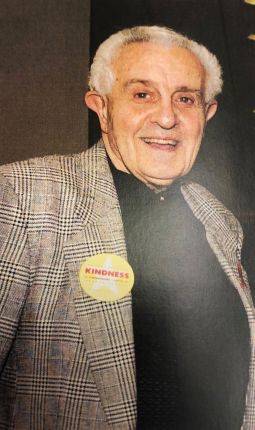 Continuously operating since 1979, Surfacetech remains inspired by the late Norman Polsky, an industry pioneer, who founded nationally known Fixtures Furniture in 1947. Originally a Kansas City, Mo., manufacturer of coat racks and highchairs for the hospitality industry, Fixtures expanded into multi-purpose chairs named astro, dChair, encore and bola that sold in the millions over 50 years.

In the early 1980s, Fixtures was an industry leader in providing fully adjustable office seating to meet the needs — and mitigate the risks — of office workers spending long hours working at computer terminals, PCs and keyboards. In this era, the Polsky family and Fixtures also became known industry-wide for establishing endowments benefitting the architect and design communities.

Along the way — and to complement its chairs — Fixtures added a supplier’s simple, laminated tables and metal bases to its product line. As the collaboration grew, the supplier rebranded, first as Surface Technologies and is now known as Surfacetech. Through an ownership and family transition, independently owned Surfacetech is led by CEO Larry Silver, Polsky’s grandson-in-law.

Today, Surfacetech products are designed for reception, conference and dining areas, and are used in workspace, specialized and occasional-use applications. Available in stock and custom sizes — and in multiple surface, edge and base finishes — many feature integrated electronics to facilitate remote meetings and presentations. As an independent and family-owned company, Surfacetech domestically sources materials and is not reliant on imports that are often subject to supply chain delays or related issues.

The contract furniture industry has changed a lot since 1947 when specialized and independently owned companies were the rule, not the exception. But 75 years later, Surfacetech continues to follow the innovative lead of industry disrupter, entrepreneur and philanthropist Norman Polsky, who founded Fixtures Furniture with the conviction of a Marine, and was committed to free enterprise, hard work, ingenuity and generosity.

Surfacetech shares Norman’s time-tested vision and CARES about your success.

Whether your design approach is top-down or bottom-up, Surfacetech is a sole-source provider for nearly any table, credenza or work surface requirement.

By domestically sourcing materials — and using the nimble skills of our internal designers, engineers and craftsmen — we can ship per your schedule and are not reliant on imports that often incur supply chain delays or related issues.

The foundation of any application, we offer table bases in four-leg, cantilever and pedestal styles. Capable of matching nearly any design palette, durable base finishes are available in dozens of powder-coated colors from light to dark — all applied in-house — and stainless steel, chrome, brass and copper finishes.

To complement or contrast any design, edges are available in a variety of shapes and sizes. From flat or self-edge to tapered, bullnose, waterfall or beveled, edges provide a finished appearance that complements any project.